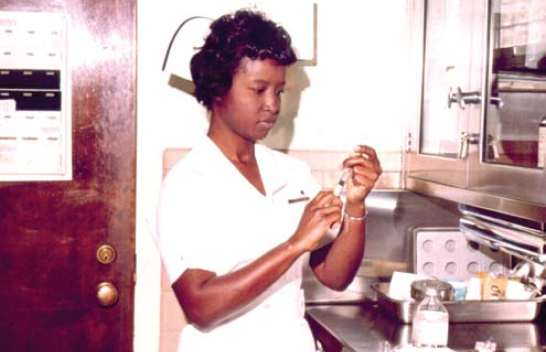 The 1960s were a time of upheaval in the United States and the world, and Washington saw large demonstrations, including the 1963 March on Washington for Jobs and Justice and, later in the decade, protests against U.S. involvement in the Vietnam War. Walter Reed did not escape the turmoil. The racial harmony experienced by some people at the installation was not the reality for many who worked there. Of Walter Reed’s approximately 3,500 civilian employees, 1,700 were African American, 88 percent of them in jobs such as in the laundry or food service.