Akbar Sharrieff started at Walter Reed in 1968, as a urinalysist. Three years later, he helped organize African American employees to protest their working conditions. “Something needed to be done about discrimination at Walter Reed,” he said. “We got the lowest jobs and we had to do the dirtiest work.” A group began meeting secretly at his nearby home and soon coalesced as United Blacks Against Discrimination, or U-BAD. 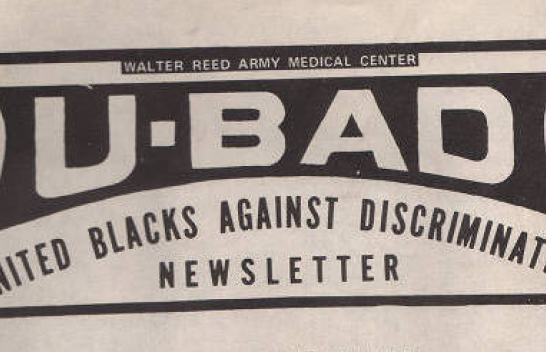 The leadership fell to Nell Pendleton, a chemist at WRAIR who recently had been promoted to one of the three full-time counselor positions in the Walter Reed Equal Employment Opportunity Office.