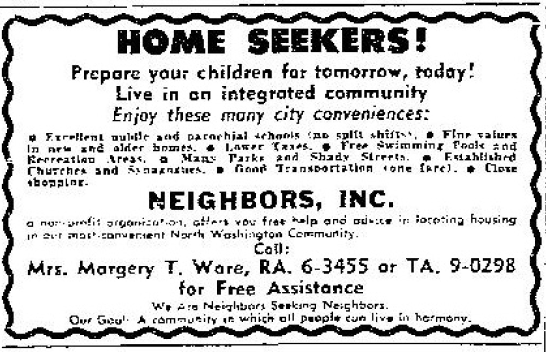 Although the area around Walter Reed remained virtually all White in 1950, by 1960, African Americans had moved to some of the blocks south of Walter Reed, and by 1970 many of those blocks were close to 90 percent Black-occupied. The area north of Walter Reed changed more slowly, thanks largely to the concerted effort of a group called Neighbors Incorporated, founded in 1958 to fight “white flight” and “block busting” by unscrupulous Realtors who sought to scare White owners into selling and moving. The group promoted integrated middle-class neighborhoods in the northern part of Ward 4.