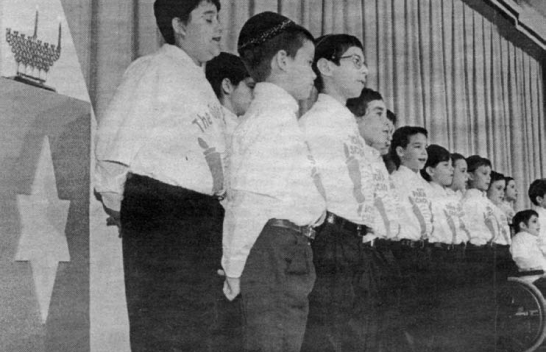 1980s-1990s: Luana Kendoli helped organize a number of programs around diversity and inclusion and monthly celebrations of various ethnicities. Where everything had previously been Eurocentric, “We had what was called the Walter Reed Village and we had Indian Village, Native American Village, we had African Village, we had Asian Pacific Islander Village”

Image: Students from the Torah School of Greater Washington commemorate Chanukah at Walter Reed. Photograph by Beau Whittington for the Stripe newspaper, 1998