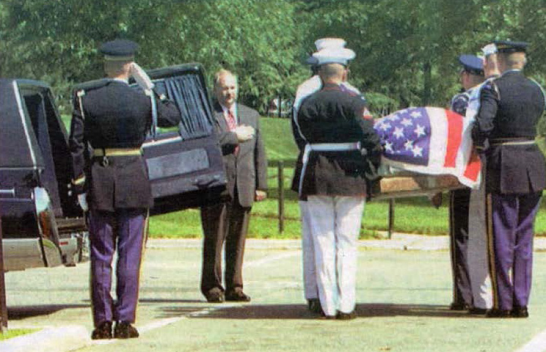 In the 1990s, AFIP opened a DNA Identification Laboratory, which helped identify war dead. “Probably the most high-profile that we did,” Mr. Chris Kelly said, “was that our lab identified the remains of Air Force Lieutenant Michael Blessing, who was in the Tomb of the Unknowns over at Arlington. He had been killed in Vietnam.“

On May 14, 1998, the body of the Vietnam War Unknown was disinterred and brought by military escort to the AFIP.

Source: WRAMC: A Pictorial History
Image: by Veronica Ferris for the Stripe Newspaper, 1998