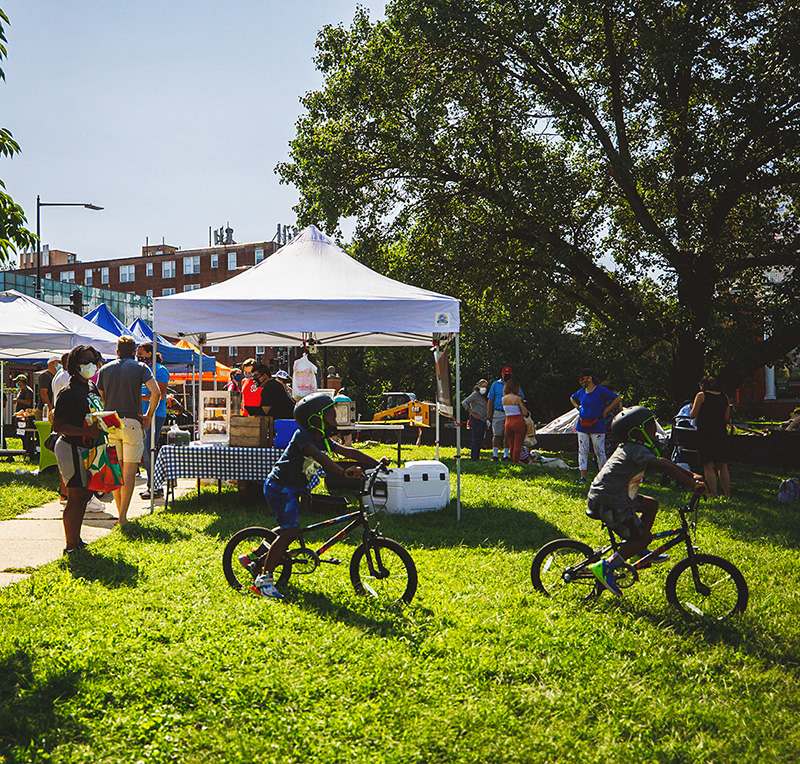 The FRESHFARM Market returns to The Parks each Sunday morning in September and October. This weekly producer-only market features produce, meats, prepared foods, locally roasted coffee, beer, and baked goods from some of the area’s most popular small businesses, breweries and farmers. Now in its fourth year at The Parks, FRESHFARM has extensive experience meeting all federal and local health and safety requirements.

Just AJ’s Foods: Just AJ’s produces plant-based, vegan, gluten-free, and soy-free sausages called “Veenies.” Instead of pretending to be meat, Veenies embrace the flavors of the veggies they use from other Farmers Market vendors by roasting and seasoning them to perfection before casing them.

Pleitez Produce: Pleitez Produce Farm is a family-owned and operated farm in Montross, VA with over 25 years of experience growing high-quality produce.

Qualia Coffee: Fresh Off the Roast is a small-batch roastery housed inside Qualia Coffee in Petworth. They carefully source coffee beans from around the world, roast them to bring out optimal flavor and sell directly to customers within three days.